On the 4th of September this year, an amendment of the Act on Fighting Unfair Competition, introducing a new definition of business secrets, came into effect. Companies have been obliged to protect their secrets with greater care.

The amendment of the Act on Fighting Unfair Competition defines a business secret as a technical, technological and organisational information of the enterprise. This information, whether as a whole or in part, is not generally known and easily accessible, and therefore has economic value. Moreover, the owner of the information must take appropriate and active measures to maintain its confidentiality. Previously, only “necessary measures” were required, for example, simply declaring information to be “confidential”. Currently, entrepreneurs are expected to “act with due diligence” while ensuring that business secrets are protected, which means that additional steps are taken to safeguard business secrets, such as training employees to make them aware of what kind of information the company considers to be confidential.

The Act also defines what an act of unfair competition is. Earlier, only the dissemination, disclosure or use of someone else’s information was punishable by sanctions if it violated the interests of the entrepreneur. As of now, according to the amendment of the Act, the mere acquisition of confidential data constitutes an act of unfair competition, especially if it takes place without the consent of the entitled person and results from unauthorized access, misappropriation, copying of documents, objects, materials, substances, electronic files containing this information or enabling the application for their content.

A major change introduced by the amendment to the Act is the protection of information as a whole or in a particular combination and set of its elements. This is intended to curb the takeover of collections of information protected as a business secret, such as customer lists or ways of calculating the price of a product developed over the years.

Prior to the amendment, the employer who had access to the business secret was obliged not to disclose it for a maximum of 3 years following the end of cooperation with the owner of confidential information. In accordance with the Act that is currently in force, an employee may be required to maintain confidentiality for an indefinite period of time unless information is disclosed.

The Act also broadened the list of sanctions for committing an act of unfair competition consisting in the violation of business secrets. Among others, the violator may be obliged to pay compensation, but also to make the judgment public.

Due to the bank holidays our offices will be closed on the 1st and the 11th of November.

Due to the bank holidays our offices will be closed on the 1st and the 11th of November.

Due to the bank holiday our offices will be closed on the 3rd of May.

We kindly inform that from 24th to 26th December and on 1st January 2020 the office of JWP Attorneys at Law will be closed due to the Christmas break. We… 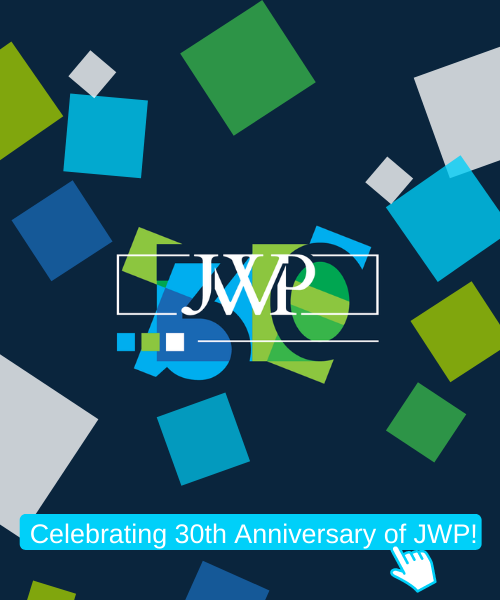